We are now offering curb side drop off and pick up services. Call us today to find out more.

Dr. Steve has been a part of Berclair Animal Hospital for most of his life. He took over ownership of the hospital from his dad in 2013. Dr. Steve graduated with a degree in Animal Science from Auburn in 1988. From there, he went to work as an adhesive chemist for Schering-Plough for a few years before deciding to return to school. He attended vet school at Mississippi State University where he graduated in 1995. Dr. Steve is married with two daughters who are both in college themselves. In his free time, he enjoys working on his car and spending time with his family. He and his family have a 2-year-old Sheltie named Sailor. 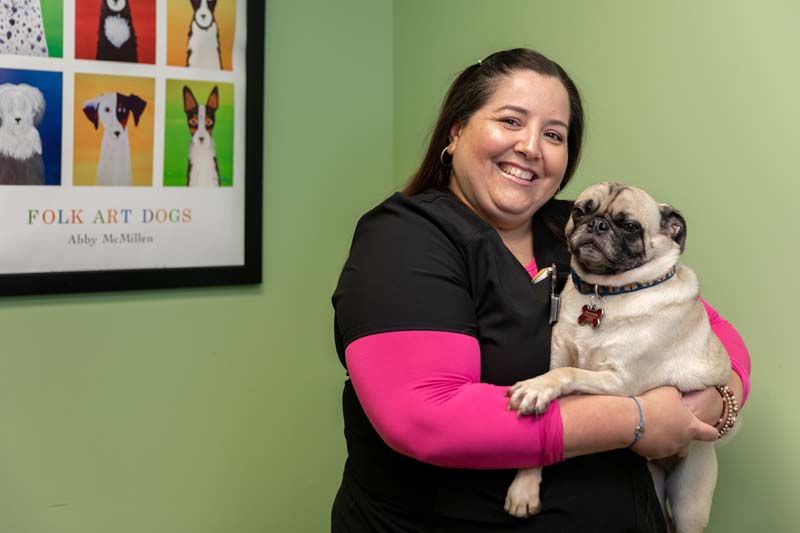 Esther has been a valued member of our family for almost 16 years. She has been a kennel assistant, a vet assistant, receptionist, the head assistant, and now the office manager. She is definitely the “mom” of the clinic and works tirelessly to make everyone have a good day every day. In addition to taking care of her staff, Esther is also fluent in Spanish which makes her an essential member of our team. Esther enjoys travelling in her free time and spending time with her family. She and her family have three dogs: Nacho, Nano, and Azul. 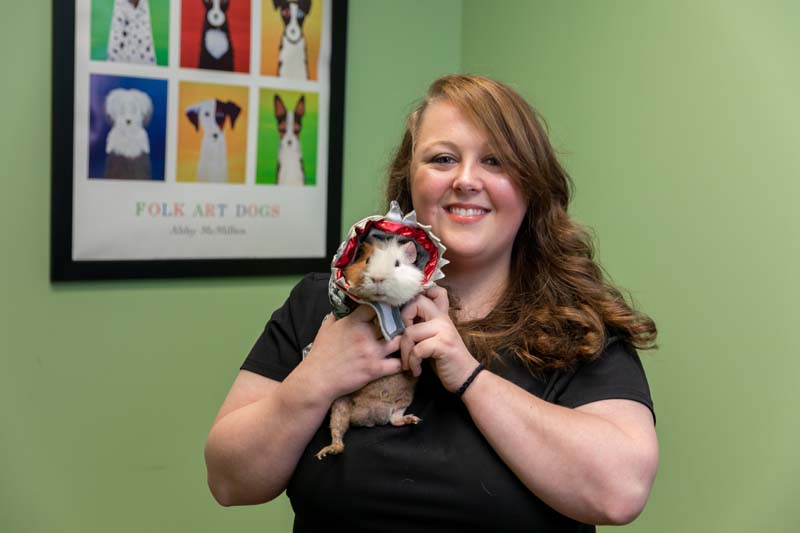 Lindsay has been with us since 2013 as one of our vet assistants. She graduated from Mississippi State University in 2013 with a bachelor’s in animal science. She is married with an energetic and imaginative three-year-old daughter. In her free time, she enjoys spending time with her family and their two pets, a Siberian Husky named Lincoln and Morgan, their cat. 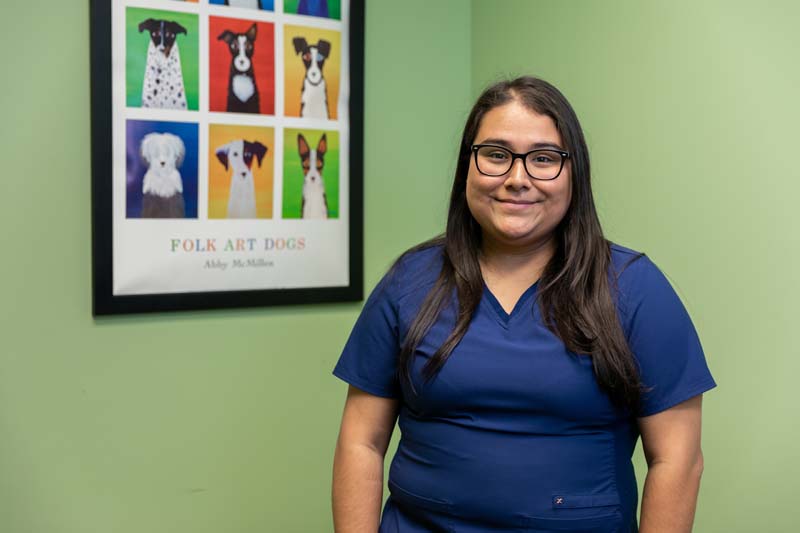 Jenni has been an integral part of our work family for almost 4 years. She is bilingual (Spanish) which makes her an essential part of our front desk team. In her free time, she enjoys listening to Bad Bunny, eating spicy food, and spending time with her family. She has two dogs, Miller and Murphy, and also loves anything with avocados on it.

Mariann has been with Berclair Animal Hospital as an employee since 2018 but has been a client for over 25 years. Mariann has a BA in Liberal Arts from UT Knoxville and a JD degree from the University of Memphis. Mariann loves all types of animals but is particularly fond of Standard Poodles. She has raised 6 litters of Standard Poodle puppies over the years. She currently has four Standards: Rusty, Gigi, Bleu, and Willie. She also has her little princess, Finney the Yorkie. She is a 3rd generation Memphian and is married with 3 children.

Mariann's daughter Carolyn is a sophomore at UT Knoxville and wants to be a Physical Therapist. She works as a kennel assistant at the clinic what she is on break from college. 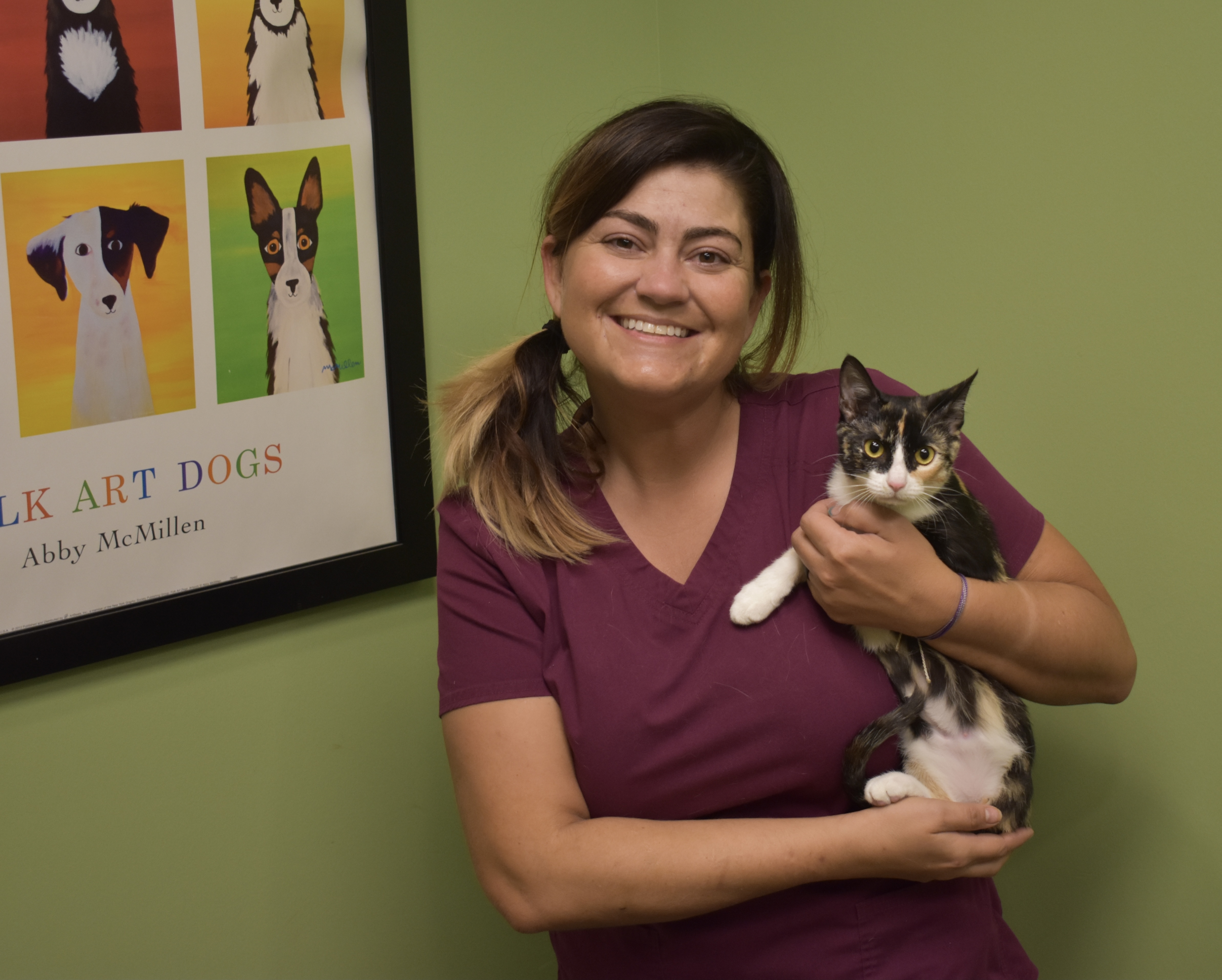 McKinley has been a part of the Berclair family for 2 years. She is originally from the great state of Texas. She has 15 years of experience working in the veterinary field. She is married with four fur babies (Atticus, Gizmo, Rascal, and Riggins). She has a soft spot for Rottweilers, peanut butter cups, and Mexican food. In her free time, she enjoys spending time with her husband and their 125lb lap dog watching horror movies. 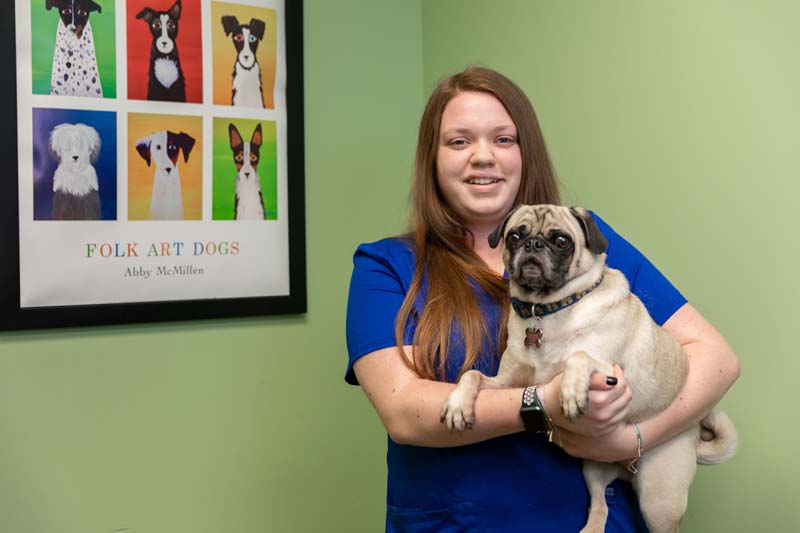 Karlye has worked at Berclair Animal Hospital for 3 years as one of our Veterinary Assistants. She is originally from the Memphis area. She has 3 dogs Lola, Nugget, and Luna. She enjoys Mexican food, Disney (movies, music, you name it), and pugs. She is working towards becoming a licensed veterinary technician. 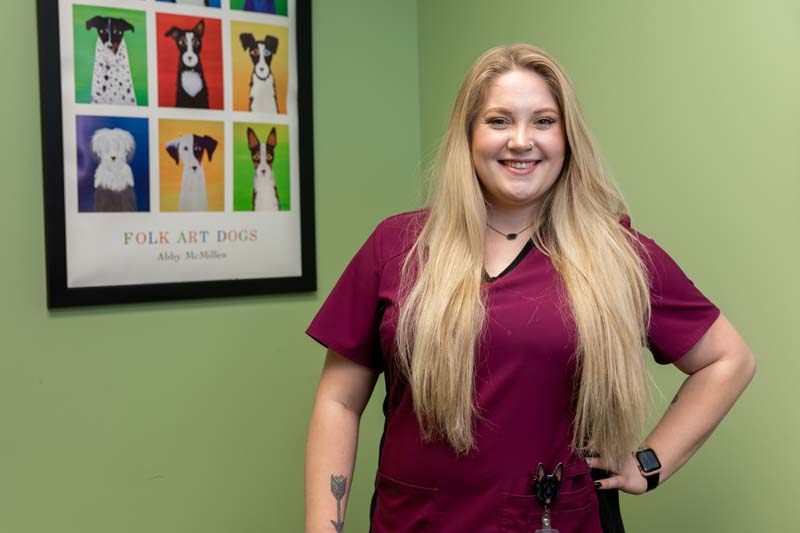 Samantha began working at Berclair Animal Hospital in 2017. She started as one of our kennel assistants and quickly worked her way up to kennel lead. Since then, she has moved to work in our treatment area as one of our veterinary assistants. She recently got married and has three cats and two dogs with her new husband. She enjoys spending time with her husband, her pets, or having some “me time” when she is not at work. She also loves starbucks, crocs, and Mexican food. She has a soft spot for German Shepherds and yellow labs. Her quote of the day is “nothing is complete without some bling and pink.” 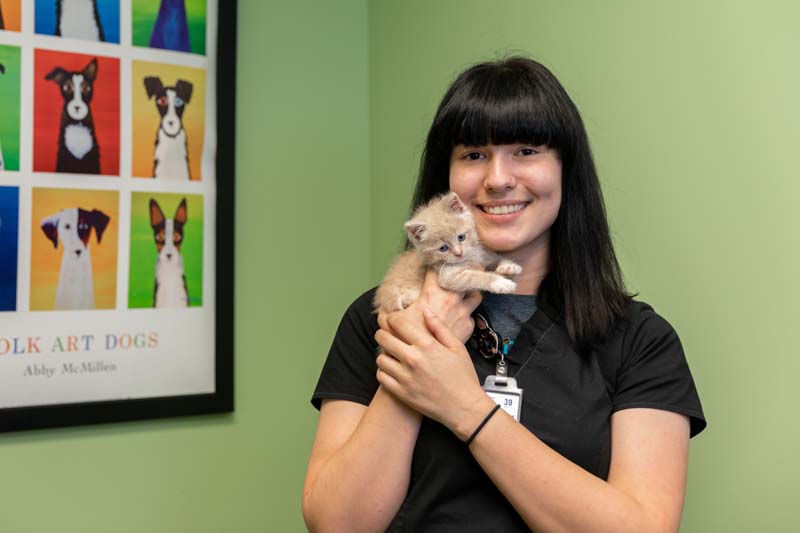 Kenitra was born and raised in the Memphis area. She has been a valued member of our Berclair family for 2 years. She enjoys playing video games, dying her hair, and spending time with her fur babies. She aspires to be an exotic vet one day. 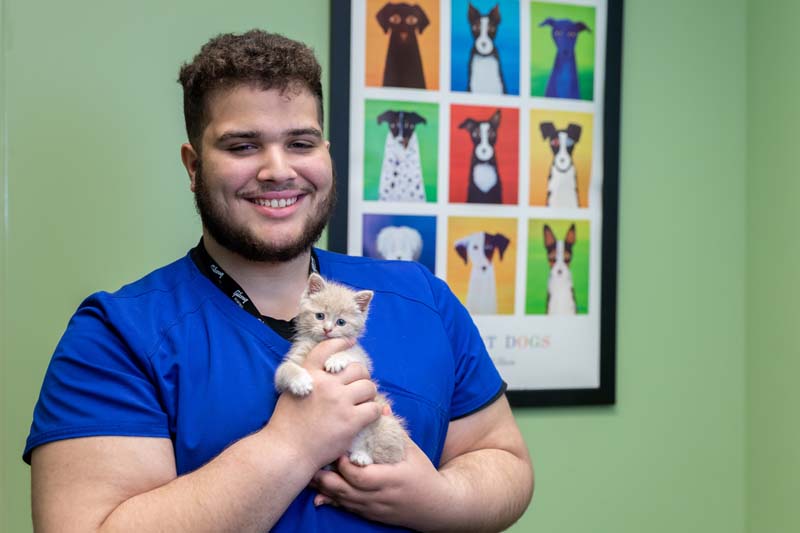 Sean came to us in 2019 where he started working as a Kennel Assistant. Since then, he has made himself a valuable member of our team and is cross trained in working the front desk when a helping hand is needed. Sean enjoys playing video games and hanging out with his friends in his free time. He is also the proud pet parent of his pit bull, Cooper. 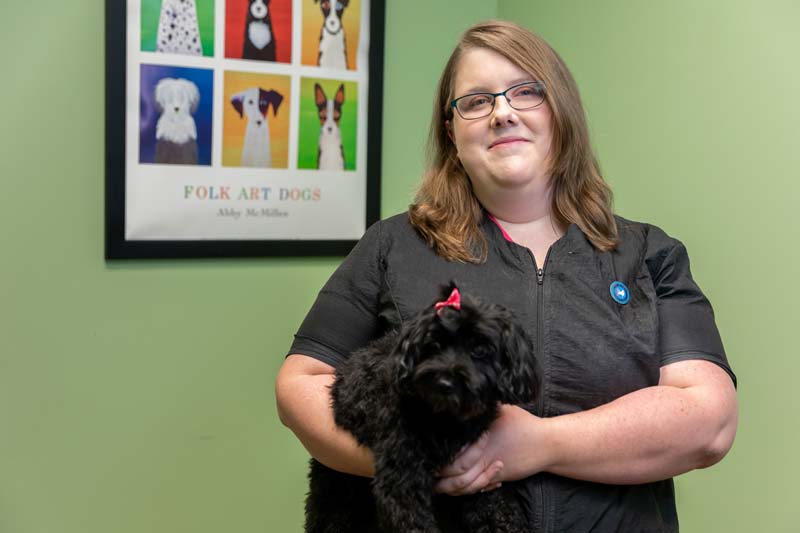 Christina has worked at Berclair Animal Hospital for 2 years. Before coming to work with us, she had been working as a groomer for 8 years. She has a variety of personal pets including : 4 dogs, 2 parrots, 2 snakes, 2 tarantulas, a guinea pig, a crested gecko, and a tank full of fish. She enjoys gardening in her free time.

Mr. Treadwell, or Bob, was a client for many years before coming to work with us. He used to spend so much time at the clinic (picking up medications, bringing his pets in, or just simply talking to the staff) that Dr. Steve hired him one day as our handy-man. Have something around the office that needs fixing or tweaking? He’s your guy. Mr. Treadwell is a jack of all trades and master of most and we would be absolutely lost without him.

Nacho is a clinic front desk staple. He is also affectionately known around the office as HR. Nacho keeps us all in line with his stern attitude. Nacho enjoys sleeping in his free time and eating chicken nuggets from a certain restaurant chain down the street. Nacho has been laying down the law for most of his 14 years.